QUARTET: Four artists playing together to create a show. NOVEMBER 20 opening through December 17th in the EXHIBITION SPACE at LA TIENDA in Eldorado.
CHARLOTTE SCOT 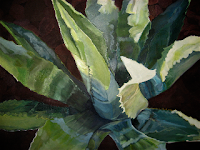 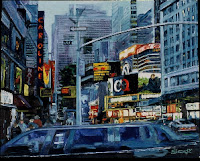 CHARLOTTE , born in NYC, arrived in the art world by a perplexing route. After exhibiting her acrylics successfully in in the 70’s she stopped painting. For the next 20 years she: wrote music for Capitol/Beechwood; was a disc jockey in Los Angeles; (ignoring the fact her cousin was Supreme Court Chief Justice Warren Burger) worked on Jimmy Carter ‘s National Staff as a Press Secretary; became Director of Communications for the DNC in Washington, was a consultant to the White House for Press/Media advance; worked in local television as a reporter and anchor before joining ABC news and being syndicated on its Owned and Operated stations, co-anchored a series focussing on adult literacy, Learn to Read;   In the 80’s, she returned to art, moving to Canada (to avoid George Bush), she graduated from University Canada West’s Victoria College of Art,  She now paints in oil (no subject off limits) and has been in shows and galleries in both the US and Canada. In 2008 she moved to .
REBECCA FARR 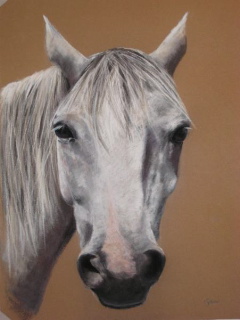 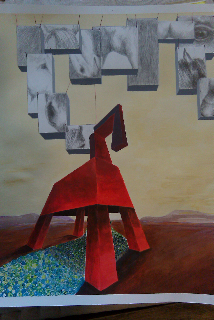 REBECCA FARR was raised in .  She moved to in 1992.  Through the years, she has found success with her commissioned pastel horse portraits. She works from her own photographs, searching out early morning and late afternoon light Rebecca captures horses at their natural best - unaware of the human staring at them with a camera. She calls her style "slightly undone" as she believes the horse to be...never quite finished. In her most recent work she strays a bit from portraiture and incorporates different mediums and new ways to integrate equines into a more conceptual approach from birth to bones.
DARCY GRAY 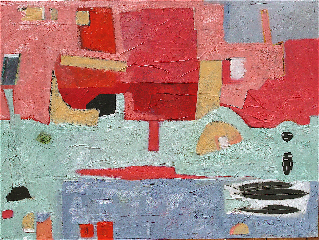 DARCY GRAY came to after years of success as an artist in the Bay Area.  Her works are totally stunning.  They come to life with graphite markings layered with muted colours. Each mark seems to have it's own history. It's own vitality. She pushes and pulls images from smudged lines to the forefront and into the background. There is a dreamlike quality to her work;  a lingering unfulfilled chimera of the world and life itself.  There is also however a familiarity ; a sense of place and feelings. Perhaps even a premonition of the future? Darcy works in collage, oil and encaustics.
JANE OTTEN 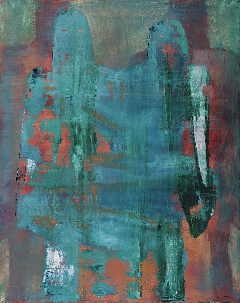 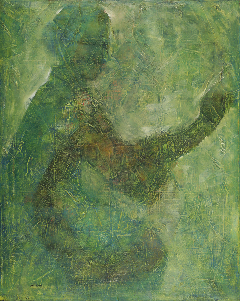 When JANE OTTEN sits before a canvas images of humanity just seem to appear. Iconic or even comical figures; organic shapes resembling geographical formations or patterns which echo designs assembled by our indigenous ancestors. She has travelled a long way from her native .  Coming to painting from a life embedded in music, Jane's transformation seemed natural. You will find themes of all world creation in her works. She is drawn to the deep past and the excavation of markers which connect all life.
The artists invite you to their opening night on November 20th between 5-8. Refreshments will be served.  You may also visit the exhibit W-F 11-2 and 4-7 or anytime Saturday between 11-7.
If you have any questions or need additional information, contact Charlotte Scot:
cscot@comcast.net. 603-2739.
Posted by Destiny Allison at 1:41 PM